In September 2022, the time had finally come. After many weeks of preparation and intensive planning with this year's jury, the Schimmel Piano Competition 2022 began on the weekend of September 23-25.

Out of more than 80 worldwide applications, 24 participants qualified until the public final in the Schimmel Concert Hall in Braunschweig. With a concert program especially designed for the 1st competition rounds and the final round, the participants travelled to convince the jury with their program as well as with their pianistic-artistic performance.

The final preparations had been made, the numerous competition instruments tuned and ready, and so the entire team, the jury and our participants were looking forward to an exciting weekend. 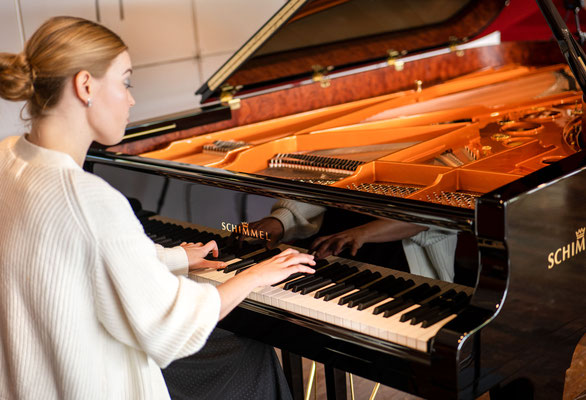 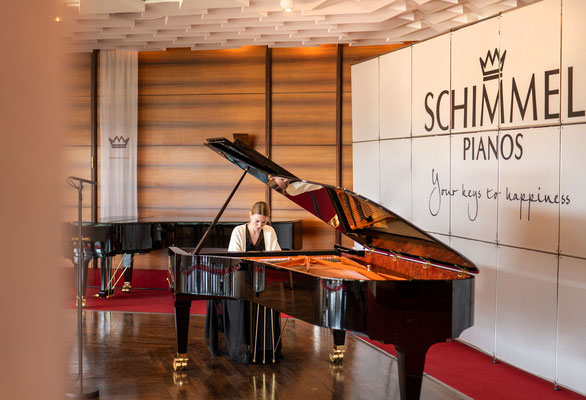 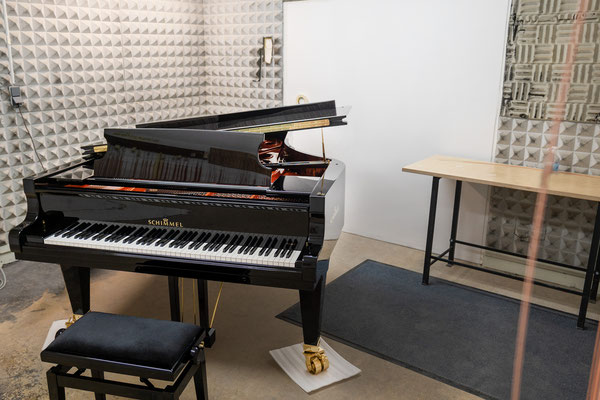 In order for the participants of the Schimmel Piano Competition to be able to prepare themselves optimally for their performance, we introduced some innovations compared to last year. On the one hand, our pianists had the opportunity to choose between two Schimmel K 280 concert grand pianos, the one they liked best in terms of sound and feel. On the other hand, we provided several Schimmel pianos equipped with a twintone muting system at the hotel where the participants were staying. This allowed our participants to prepare for the next day late into the night without disturbing the other hotel guests.

On the day of the audition, the participants also had time to play on Schimmel concert grand pianos in practice rooms and thus prepare for their performance.

On Friday, September 23, 2022, we commenced with our first participant. Throughout the competition, viewers were able to access all playing times, information about the participants, and the concert programs for each round via our specially created website.

Exciting programs with titles such as "Tatar Classical Music," "The Road to Jazz," and "The Night Side of the Soul" brought a varied first and second day of preliminary rounds for all visitors and also for our top-class jury (overview of all programs). 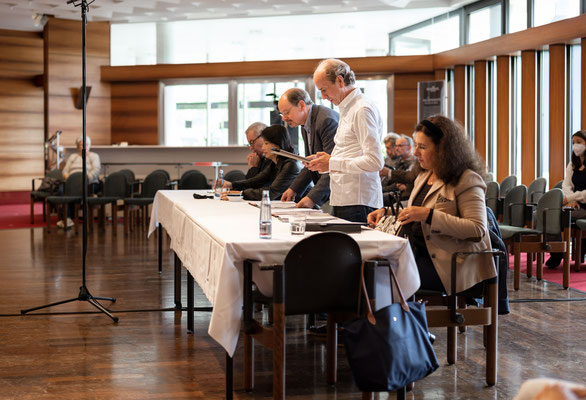 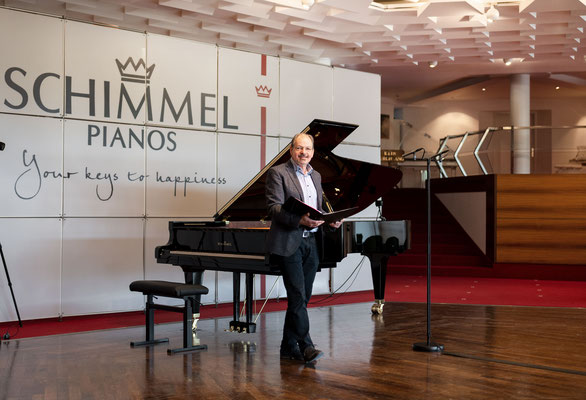 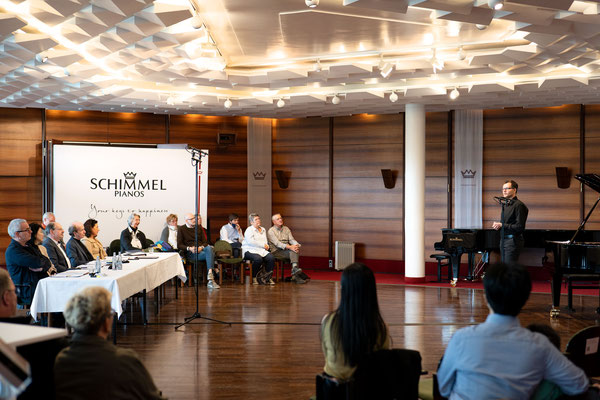 Our jury, with Prof. Wolfgang Zill (jury chairman), Prof. Markus Becker, Prof. Yuka Imamine, Prof. Tim Ovens and Prof. Milana Chernyavska, always paid attention not only to the pianistic-artistic performance of the pianists but also to the respective concert program, which was also included in the evaluation. Important was not only a successful conception, but also whether the program in the implementation, i.e. in the actual audition, also made sense or in the best case even positively surprised.

Find out in this video which concept surprised our jury and what they paid particular attention to.

After the second day of preliminary rounds on Saturday evening, our jury announced the 6 finalists:

The participants had only a few hours to prepare for the final round, in which they would perform a second and longer program that they had developed themselves. 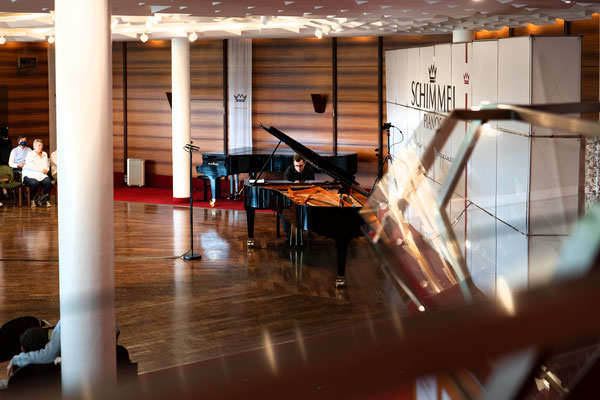 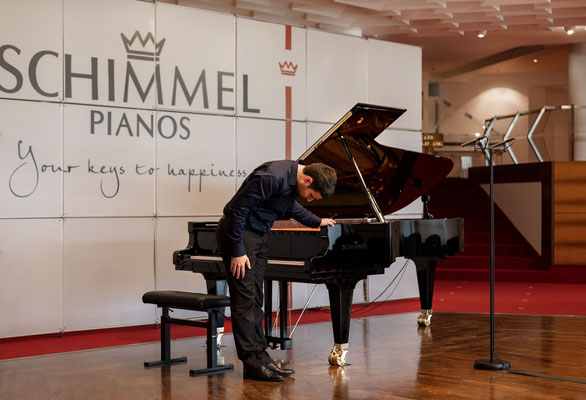 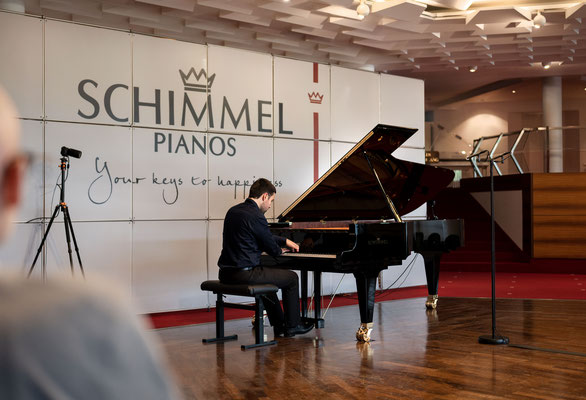 On the last day of our Schimmel Piano Competition, the final rounds with our 6 remaining participants took place. A second self-designed program with a duration of 30 to 50 minutes had to be performed. As in the preliminary rounds, our jury was presented with varied programs on topics such as "Musical Images", "Foreshadowing the End" and "Sonata Form through the Ages".

Learn in this video how our participants came up with their concepts and what tips they would give you for your own concept development. 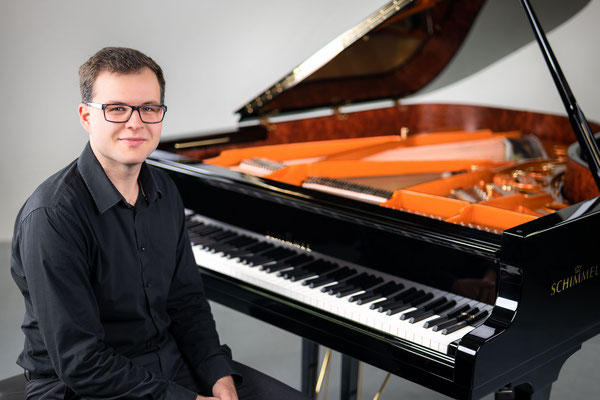 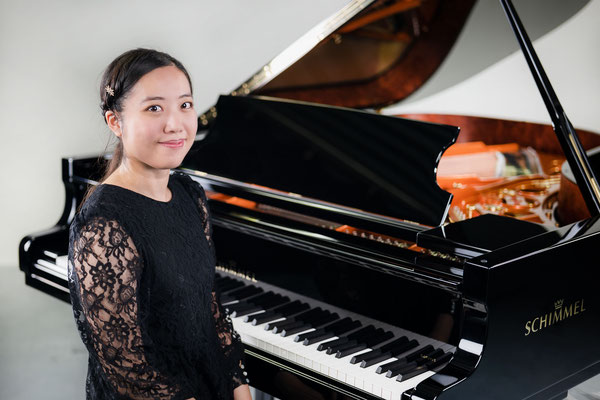 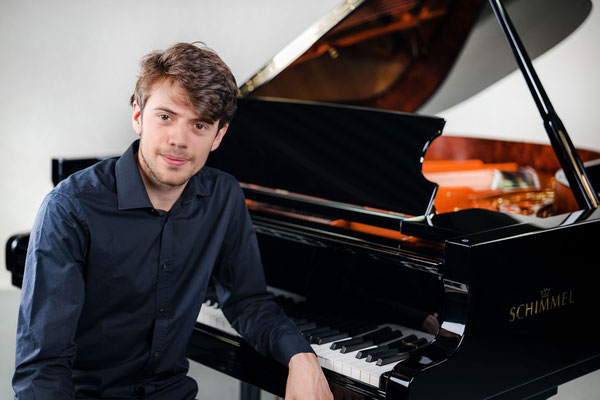 On Sunday at 16:15 the three winners were announced by our jury:

However, before our prize winners could rest on their success, they immediately had to prepare for the big prize winners' concert at 7 pm, where they had to play one of their programs from one of the two rounds.

In the end, the enthusiastic audience agreed with the jury's choice, and Johannes Obermeier also won the audience award via direct on-site voting.

You can find the whole concert here: 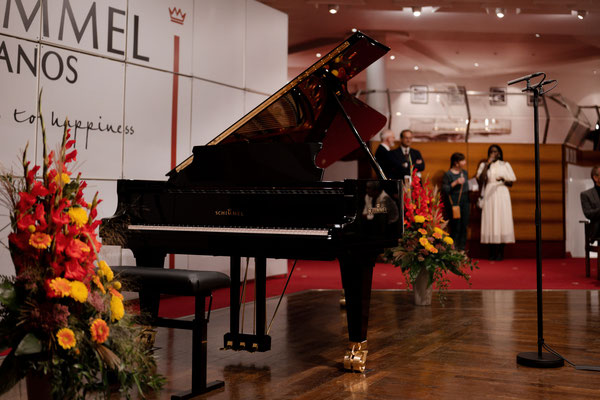 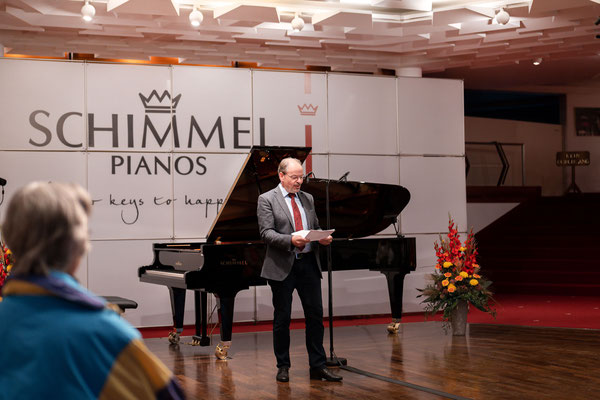 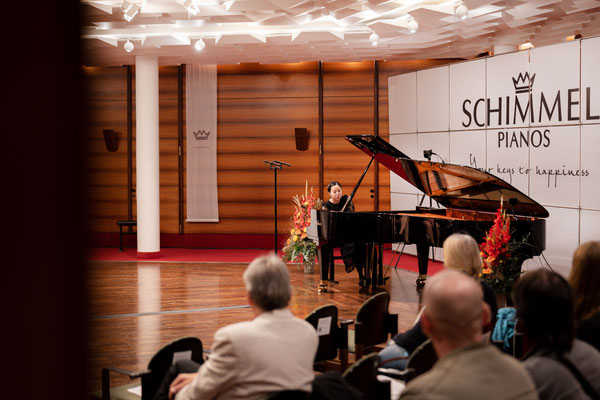 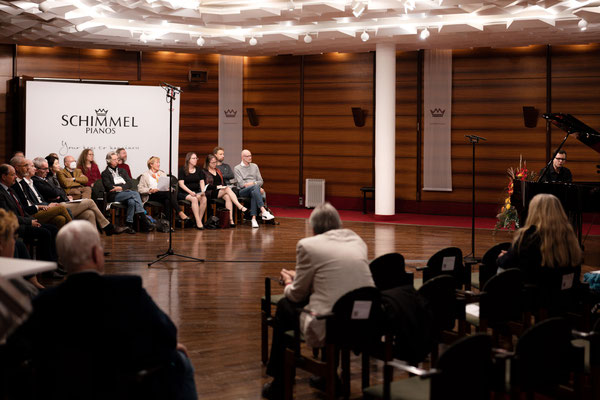 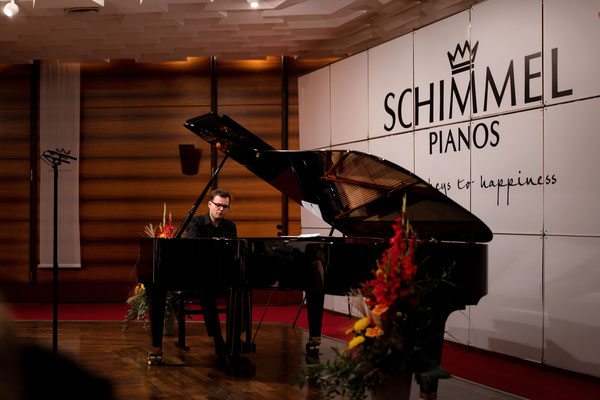 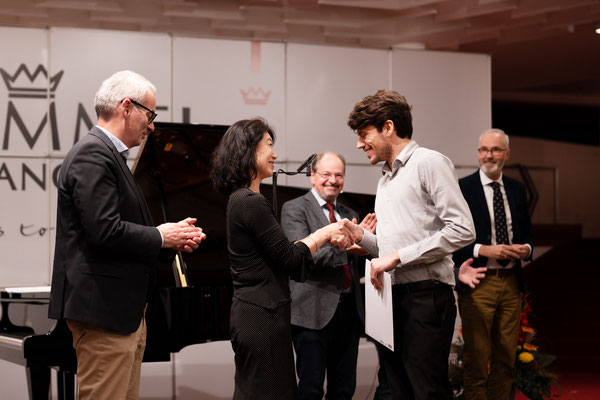 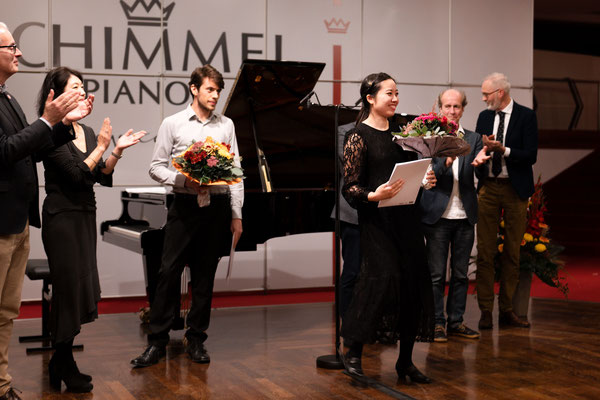 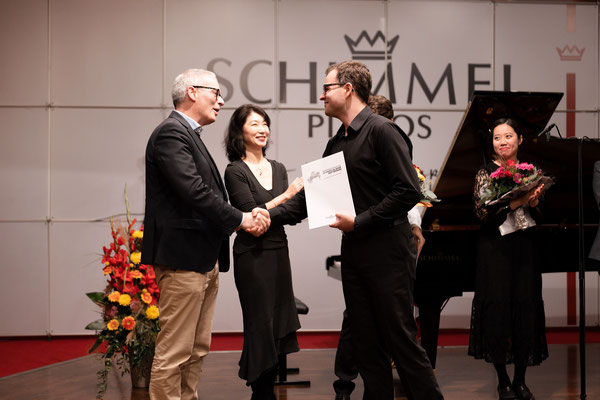 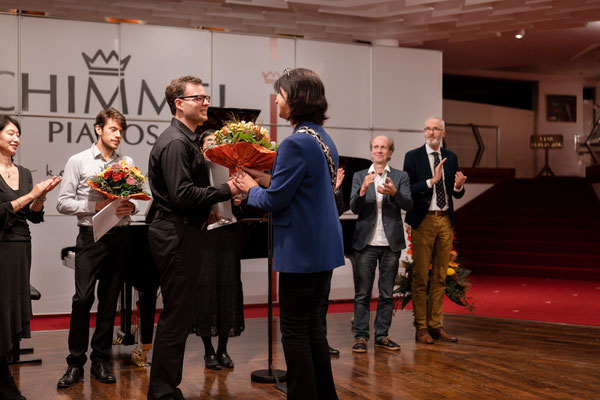 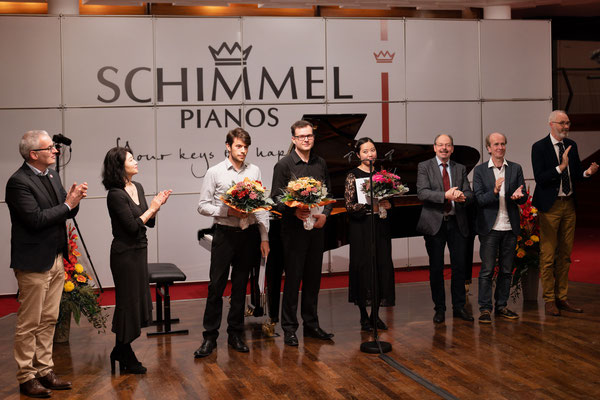 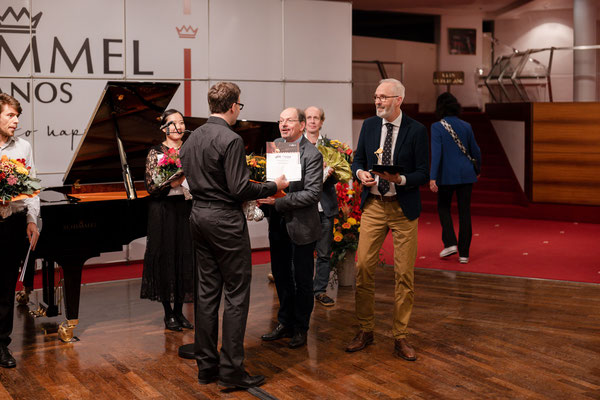 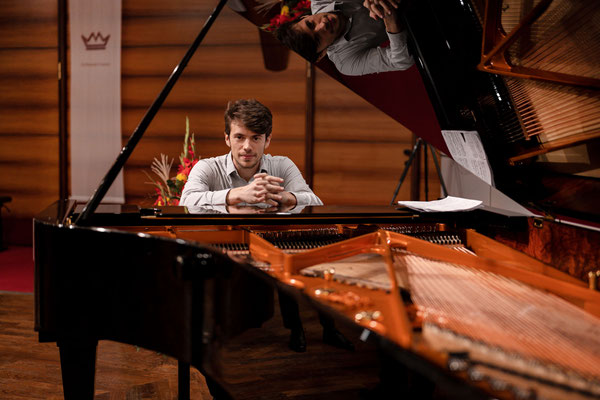 On behalf of Wilhelm Schimmel Pianofortefabrik GmbH, we would like to thank all participants for their great performances, the jury for their professional selection and expertise, all visitors for coming and contributing to the successful competition, and all employees of the Schimmel company who once again made this project possible with great dedication and commitment.

We are already looking forward to the next Schimmel Piano Competition and will inform you about the next date on this website soon.